Generally we aren’t ones to criticize the Fed – post crisis they have done an excellent job supporting a recovery through zero rates and unconventional measures, and have begun to step back without causing the panic and damage that was predicted. It’s an incredibly difficult job, with huge importance.

That said, our view is that the Fed has pretty much hit the mandate, the data supports that, and an end to zero rates is warranted soon. The drop in Q1 GDP looks increasingly like a quirk. In reading the dueling Fed blogs as to the cause of this drop (New York FED says winter and San Francisco FED says residual seasonality), we can’t help but think that either way, Q1 is not a true reflection of the economy now or going forward. Do you think productivity fell 3% in the first quarter? Although the Fed has consistently been too optimistic with GDP projections, it has also been too pessimistic on jobs. Only one of these is in their mandate. Put simply, the economy doesn’t feel like it needs the same rates as the depths of the crisis, particularly at a time when expansionary policies are starting to take hold elsewhere.

END_OF_DOCUMENT_TOKEN_TO_BE_REPLACED

Regarding the price of retail products. Where are most of them made? China.
Import prices from China FELL 0.3% month over month and are down 1.3% YOY.
See below:

This speaks to the failure of the Philips curve framework to explain U.S. inflation swings. Inflation rose, 2010, with unemployment at 9%, as the China infrastructure boost lifted Chinese activity. Inflation is now quiescent with 5.5% unemployment, as China is in a bust. 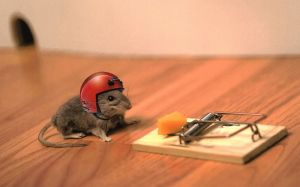 I heard a quote from Howard Marks at Oaktree, who was explaining that managing risk should not be left to designated risk managers: “The bottom line for me is that risk management should be the responsibility of every participant in the investment process, applying experience, judgment and knowledge of the underlying investments.” We love our risk guy – he is a critical part of our team, but I like to think that this diverse approach applies to our firm as well. Everyone in the firm, and clients who want to, have access to our risk analytics. We are all thinking about the elements of the portfolio, how they interact and the relationships we may have overlooked. We also look for trends about how others think about risk. What follows are a few observations: